Psilocybin is a serotonergic psychedelic compound produced by a number of species of mushrooms with a long history of human use across a variety of cultures. Psilocybin first entered broader consciousness in the Western world during the 1960s and has once again become a subject of scientific inquiry with renewed interest in the clinical applications of psychedelic drugs such as psychedelic-assisted therapy.

The History of Psilocybin

The genus of mushrooms which produce psilocybin are known as psilocybes. Almost all the species within this genus contain the psychedelic compound and they can be found across the world, though they are especially prominent in Europe and the Americas. Perhaps the most famous of the psilocybes is psilocybe cubensis—a species which can be found in tropical regions around the world.

It was psilocybe cubensis which was famously encountered by the psychedelic guru Terence McKenna in the Colombian Amazon on an expedition with his brother Dennis McKenna. Following their personal experimentation with psilocybin in South America, the McKennas went on to popularize the use of psilocybes for the exploration of consciousness and for their therapeutic potential.

More recently, psilocybin has returned to prominence within popular consciousness following the resurgence of psychedelic research and in particular a number of high-profile studies such as the publications coming out of the Center for Psychedelic and Consciousness Research at Johns Hopkins.

How Do You Take Psilocybin?

Psilocybin is typically ingested in the form of dried mushrooms in order to induce the psychedelic experience. Fresh mushrooms also contain psilocybin, but it is common to dehydrate the fungal matter so that the mushrooms are easier to store and have a longer shelf life. Doses of the dried mushrooms are typically measured in grams and can range from fractions of a gram all the way to ten grams and above.

Users consuming psilocybin mushrooms in the milligram range are likely intending to use the psychedelic at “microdose” levels, meaning they are interested in sub-perceptual effects intended to boost mood or improve creativity.

Typical psychedelic doses can be anywhere from three quarters of a gram to five grams. This is where users report classic psychedelic effects such as visual distortions, synesthesia, religious experiences, and a host of other cognitive and perceptual changes. Doses at and above five grams are often referred to as “heroic doses,” as the effects will be particularly intense, with users reporting experiences such as the dissolution of the ego.

In emerging therapeutic contexts, psilocybin is isolated from the fungal matter and administered to patients in its pure form. This ensures accuracy and consistency of dosing, allowing researchers to investigate the compound scientifically.

Psilocybin remains a scheduled drug in much of the world with a few notable exceptions. In the United States, it is listed as Schedule I under the Controlled Substances Act. However, there has been a growing movement to decriminalize this compound in the US, and a number of cities around the country have successfully passed resolutions which effectively decriminalize psilocybin.

Thus far, Oakland and Santa Cruz, California; Ann Arbor, Michigan; Denver, Colorado; Washington, DC; as well as Cambridge and Somerville Massachusetts have all decriminalized psilocybin, though this list continues to grow. Additionally, in 2020 the state of Oregon decriminalized a wide range of drugs including psilocybin, and passed a measure allowing for the manufacture, delivery, and administration of psilocybin for therapeutic purposes.

Outside of the United States, Brazil and the Netherlands are notable exceptions where psilocybes are legally available. Another important caveat to legality when it comes to psilocybin-containing mushrooms is that cultivation is often a legal grey area, so while in most cases the chemical synthesis of a controlled drug is itself illegal, mushroom cultivation is often not explicitly addressed by laws, and it is typically more accessible to a novice than complex chemical synthesis.

Psilocybin is chemically very similar to N,N-DMT (one of the active psychedelic components in ayahuasca) and it acts as a prodrug to psilocin. When the psychedelic compound is ingested, it is dephosphorylated, converting the psilocybin into psilocin. Psilocin is a serotonergic psychedelic, meaning it binds to the 5-HT receptors in the brain which are typically associated with the neurotransmitter serotonin, hence the name serotonergic psychedelic. Psilocin and other drugs in this class are thought to produce psychedelic experiences through their interaction with these receptors, especially the 5-HT2A receptor.

In terms of physical safety, research suggests that psilocybin is generally well-tolerated, with no major risks associated with typical doses of the psychedelic compound. In animal models, the lethal dose for psilocybin was consistently found to be orders of magnitude above typical doses of the drug and like other serotonergic psychedelics, psilocybin does not produce physical dependence leading to addiction with researchers agreeing it has low potential for abuse.

While psilocybin does not appear to be associated with any acute harms to the human body, consuming fresh or dried mushrooms can lead to nausea and vomiting, especially at high doses. These symptoms tend to subside rather quickly, but managing this physiological reaction in the midst of a psychedelic experience can be challenging, which is why it is recommended that a sober trip sitter be present as support when one ingests psilocybin.

Interactions Between Psilocybin and Other Medications

In terms of medications, lithium and tramadol could be dangerous to combine with psilocybin, as negative experiences and even seizures have been reported when combining serotonergic psychedelics and these substances. SSRI antidepressants also interact with psilocybin, and while this interaction does not appear to pose significant risk, it does markedly reduce the psychedelic effect of psilocybin.

Other Risks & Contraindications of Psilocybin Use

While the overall risk profile for psilocybin is comparatively low, there are a number of cautions which should be taken when ingesting mushrooms. Due to the fact that psilocybes are naturally occurring, psychedelic enthusiasts may be interested in finding their own mushrooms in the wild. Due to the fact that there are numerous toxic species of fungi, thorough examination of the specimen is required, and this requires a degree of mycological knowledge.

Besides concerns about the legitimacy of mushrooms, the cognitive impairments occasioned by psilocybin can lead to negative health outcomes due to poor decision making in the midst of a psychedelic experience. Practicing good harm reduction by ensuring the presence of a trip sitter  and making sure one’s mental state and physical environment are well-suited to a “trip” can go a long way in reducing these potential risks.

Perhaps the most prominent risk involved with the consumption of psilocybin mushrooms is deleterious effects to mental health. Anxiety and paranoia can be common experiences, especially in the case of a “bad trip.” While these experiences are typically fleeting and superficial, it is possible that psilocybin can trigger a psychotic episode which can lead to lasting psychological trauma. However, this outcome is rare, especially if harm reduction practices are followed. Additionally, family history of schizophrenia is a contraindication to psilocybin use, as there is also evidence suggesting serotonergic psychedelics can exacerbate certain mental health conditions.

Amidst the current renaissance of psychedelic research, psilocybin has been one of the substances with the most interest. Much of this research has centered around clinical uses of psilocybin for various mental health conditions such as depression and anxiety, while other studies have examined the psychedelic’s potential to treat addiction. There has also been serious investigation into the neurological effects of psilocybin, leading to new insights into the potential mechanisms underlying the clinical efficacy of psilocybin.

The results from studies into clinical uses of psilocybin are very promising. In 2019 the FDA listed psilocybin-assisted psychotherapy as a ‘breakthrough therapy' and recent clinical trials at Johns Hopkins and NYU show benefits such as significant reductions in depression in randomized groups. As more successful trials produce results, psilocybin will continue to get closer to full FDA approval as a therapeutic drug.

The Use of Classic Hallucinogens/Psychedelics in a Therapeutic Context: Healthcare Policy Opportunities and Challenges

Psilocybin, a Naturally Occurring Indoleamine Compound, Could Be Useful to Prevent Suicidal Behaviors

Examining Attitudes to Psilocybin: Should Candidates for Medical Psilocybin be Required to Pass a Contextual Suitability Test 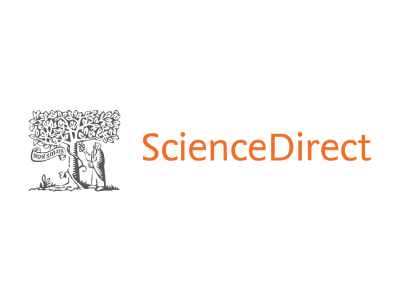 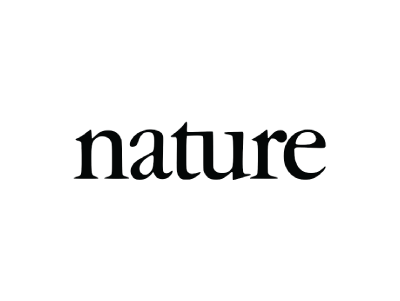 Psilocybin produces substantial and sustained decreases in depression and anxiety in patients with life-threatening cancer: A randomized double-blind trial

You have already reported this
Clear Clear All