Ketamine is a dissociative which has recently gained notoriety as a promising treatment for various mental health conditions. Although ketamine is chemically different from the classical psychedelics—like psilocybin, LSD, or DMT, all of which have serotonergic activity—the clinical uses and therapeutic protocols of ketamine overlap significantly with these other psychedelic substances. Originally used as a surgical anesthetic, the dissociative substance is now widely used by medical professionals in a variety of capacities to help patients overcome anxiety, depression, PTSD, and many other historically hard-to-treat mental health conditions. And due to the established medical use of ketamine as an anesthetic, there are fewer legal hurdles to research this promising compound, meaning scientists have been able to readily investigate the dissociative’s potential to treat mental health conditions. Currently ketamine is legally available across the US and Canada as a treatment for mental health conditions, with many physicians and clinics now specializing in ketamine therapy.

The History of Ketamine

Ketamine was initially synthesized by chemist Calvin L. Stevens in 1962  to be used as an alternative anesthetic to PCP. It has a history in veterinary medicine, but was FDA-approved in the 1970s for human use as an anesthetic. More recently, ketamine has been investigated for its potential to treat a variety of mental health conditions and has often come to be included under the banner of psychedelic medicine along with compounds like MDMA and psilocybin.

How Do You Take Ketamine?

In the context of medical uses, there are a number of different ways the substance is administered depending on the context. There are both intravenous and intramuscular injection protocols for exposing patients to higher doses of the medicine. For lower doses,  ketamine nasal spray or lozenges may be used, allowing patients to experience only mild psychoactive effects as they engage in traditional interpersonal therapeutic practices.

Ketamine became an FDA-approved anesthetic in 1970 but in 1999 it was added as a controlled substance in the United States in an effort to crack down on illicit, recreational use. Following promising trials in the early 2000s showing ketamine efficacy in treating conditions such as depression, doctors began prescribing the drug off-label. Additionally, In 2019, the ketamine S(+) enantiomer esketamine was granted FDA approval as a nasal spray to be used in conjunction with oral antidepressants.

Ketamine is pharmacologically distinct from the classic serotonergic psychedelics as it blocks the NMDA glutamate receptor as opposed to having affinity for the 5HT2A serotonin receptor. Despite its distinct pharmacology, the dissociative is often grouped with these other psychedelic medicines due to certain similarities regarding the subjective effects, impact on the brain, and emerging therapeutic modalities between ketamine and compounds like psilocybin.

The active enantiomer is S(+)-ketamine and it is metabolized into norketamine. The NMDA antagonism is typically thought to be central to the mechanism of action of the drug, though it also blocks HCN1 receptors and its sedative and analgesic effects are additionally modulated by cholinergic, aminergic, and opioid systems.

Besides the mechanisms of actions for its traditional use as an anesthetic, the recent evidence that ketamine may be effective at treating mental health conditions such as depression has lead to a hypothesis that an increase in structural synaptic connectivity that is mediated by a neuronal response to the ketamine-induced hyper-glutamatergic state.

When evaluating the harm potential of ketamine, it is important to distinguish between recreational and medical uses. In a recreational context, dependence is certainly a possibility, though the frequency of this among recreational users is not yet clear. Those who develop a ketamine use disorder may regularly binge the substance due to the short duration of the effects, wishing to prolong the effects of the drug. Withdrawals are also possible among frequent users, with common symptoms being anxiety, sweatiness, heart palpitations, and shakiness.

Recreational ketamine use also has a number of psychiatric risks, particularly in the case of habitual use of high doses of the substance. Dissociation and delusions are some of the main side effects, though psychotic episodes are possible. Typically these symptoms are self-limiting once the user has stopped taking the substance and returned to baseline.

In addition to these psychiatric risks, there are a few physical side effects that can result from ketamine abuse. These include urinary and liver toxicity, with 20–30% of chronic users experiencing bladder issues and a 10% incidence of liver injury. Another danger of recreational use stems from the fact that illicit drugs are not always pure or are falsely advertised. As such, individuals who purchase ketamine for recreational use could end up consuming other substances with a different safety profile, leading to unexpected complications up to overdose or even death. As such, an important harm reduction practice is to always chemically test substances so that one may be more certain that it is actually ketamine.

In medical contexts, where pure ketamine is administered by experienced professionals, however, many of these risks are significantly reduced.

Interactions Between Ketamine and Other Medications

Like all medicines, one must be cognizant of the potential interactions between ketamine and other medications a patient is taking. Stimulants in particular do not mix well with ketamine, so if a patient is undergoing ketamine therapy or anesthesia they will be instructed to not take any stimulant medications the day of the procedure. Benzodiazepines and ​​Lamotrigine also interact with ketamine, blunting its effectiveness.

Other Risks & Contraindications of Ketamine Use

In terms of other contraindications, physicians who work with ketamine will look for things such as severe cardiovascular disease (such as unstable angina or poorly controlled hypertension), liver disease such as cirrhosis, active psychosis, pregnancy, or elevated intracranial pressure—all of which can be grounds for exclusion from receiving ketamine. Kidney disease, a history of bladder pain or cystitis, and mania within the past year are also contraindications. Additionally, in the context of ketamine assisted psychotherapy, which is an experiential treatment with the potential for intense experiences, a lack of preparation on the part of the patient may encourage delaying treatment. Active use of recreational substances is an orange flag—providers will need to use discernment in considering whether ketamine therapy is the right choice in this context.

Since ketamine is a schedule III substance which already has an established medical use as an anesthetic, there are fewer legal and regulatory barriers to researching the compound. Ketamine continues to be studied in clinical trials for mental health conditions such as anxiety, depression, substance use disorders, PTSD, and more. Thus far research has shown very promising results and the substance is generally well tolerated. Since ketamine is chemically different from other psychedelic medicines, it may be able to address conditions for which psilocybin therapy may be a poor fit, for example. Bipolar depression stands out in this regard, as this is typically considered a contraindication for psilocybin or MDMA therapy, but there have already been promising results in the trials which have examined ketamine therapy for this condition. Head to our library of open-access articles to dive into the ketamine research directly! 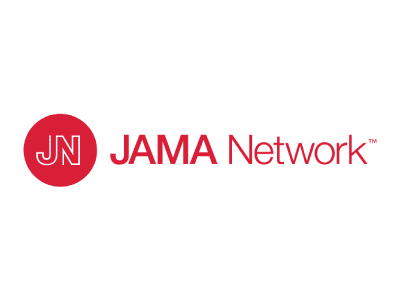 In this episode of the Psychedelic Medicine Podcast, Dr. Steven Mandel returns to discuss ketamine treatments for alcohol use disorder. Dr. Mandel is …

In this episode of the Plant Medicine Podcast, Dr. Mark Braunstein returns to discuss potential concerns surrounding the use of ketamine, especially u…

You have already reported this .
Menu
Menu